Fitness keeps us moving and healthy. Whether you enjoy a gentle stroll or a heart raising Hiit session, yoga or lifting weights we’ve got it covered.

We also promote and educate how and why keeping fit and mobile supports our general wellbeing.

You can take part on the day, watch some demonstrations and meet some cool guest speakers! 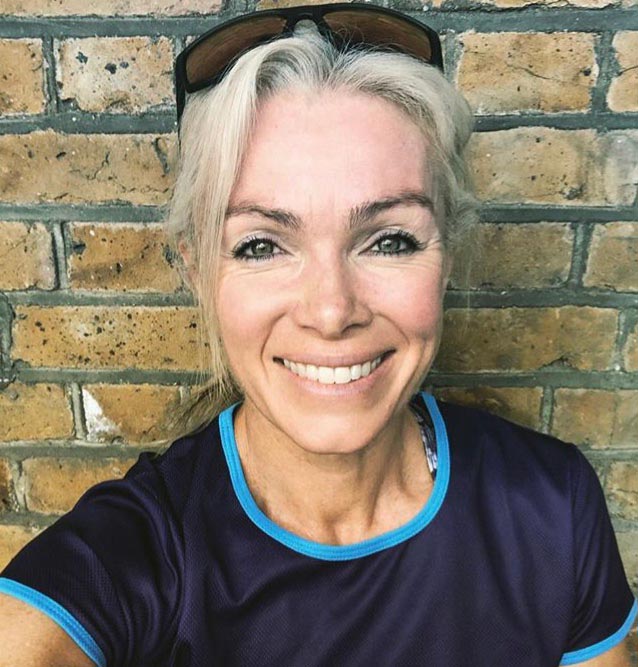 TV personality, Nell McAndrew is passionate about health, fitness & running having recently featured on the cover of Women’s Running Magazine.

Nell has completed the Great North Run 6 times and the London Marathon 7 times. Her greatest running achievement is her personal best time of 2.54.39 at the London Marathon in 2012. She has currently completed her 105 park runs and has been a volunteer many times. Always wanting to give back and make a difference, over the years Nell has supported a large range of charities including Breast Cancer Awareness, Help The Aged, the British Heart Foundation, DebRA, Cancer Research UK, the Lymphoma Association, SSAFA and the Alzheimer’s Association, as well as many more. Nell will be joining us for the Shrewsbury Park Run then a Q&A session to open the festival. 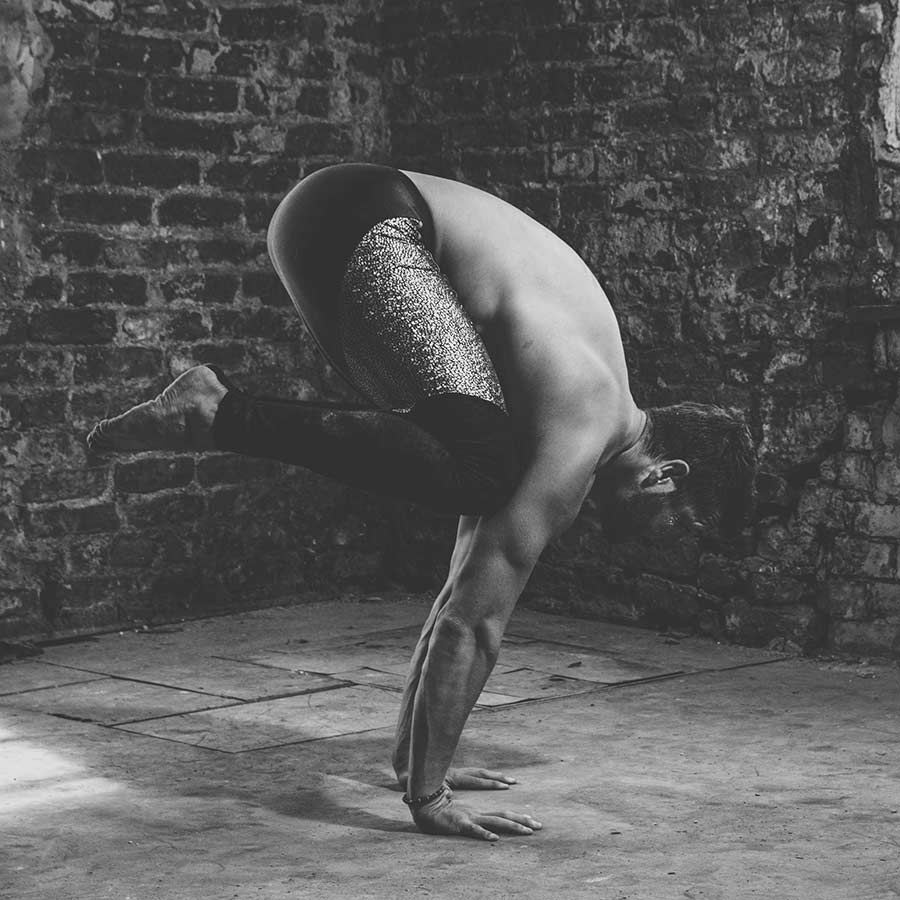 Damian is a specialist instructor in Yoga, AcroYoga, Rock Climbing, Slacklining, Calisthenics & Circus Skills. Obsessed with the physical aspect of movement Damian is passionate about sharing his skills with children and adults alike. With a direct experience of these disciplines laying the most complete and interesting path for both mental and physical aspects of maintaining a happy and healthy lifestyle Damian has also turned himself to techniques of natural healing and educated himself in diet and nutrition through the NLP Centre of Excellence. 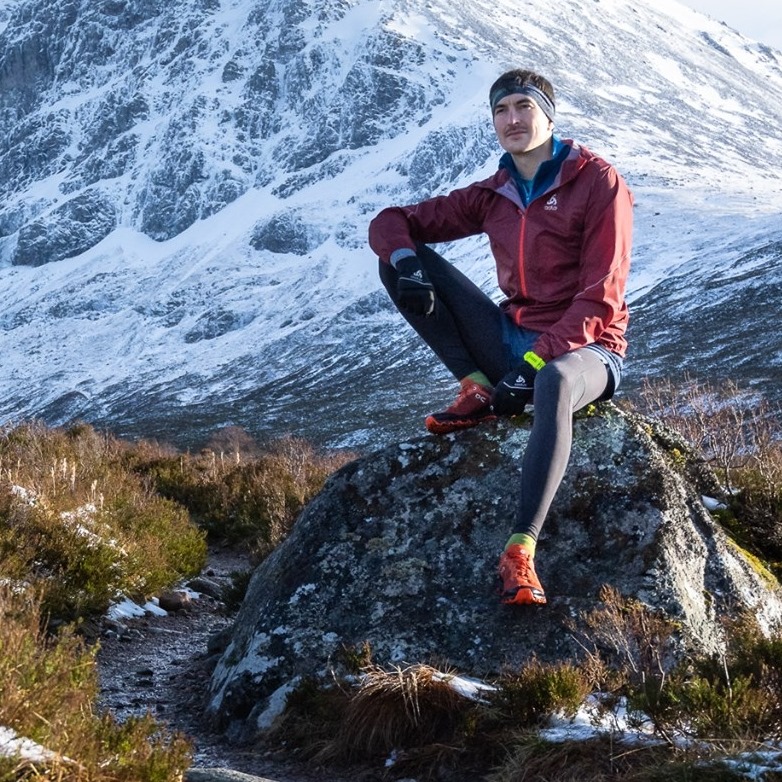 Ben Turner is a qualified evidence based nutritionist, personal trainer and mountain guide who is dedicated to demystifying your nutrition, helping you start your fitness journey, and push you to do things you never thought possible. Getting a handle of your nutrition can seem like wandering around in the fog, with methods and hacks, fads and gimmicks, all over the internet, Ben will help you see and understand the underlying principles and basics of nutrition, so that you can find what best works for YOU.

Ben runs INDE-Fit Nutrition and adventure consultancy and INDE-Fit Outdoor Fitness across Shropshire and has recently launched a full online coaching academy to being out the healthiest, strongest, and most resilient version of you. 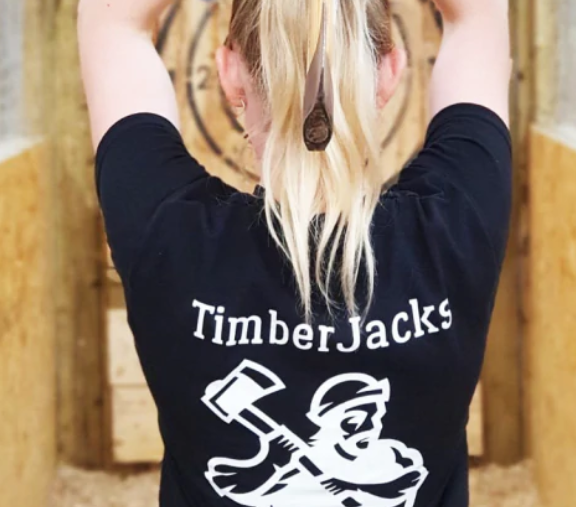 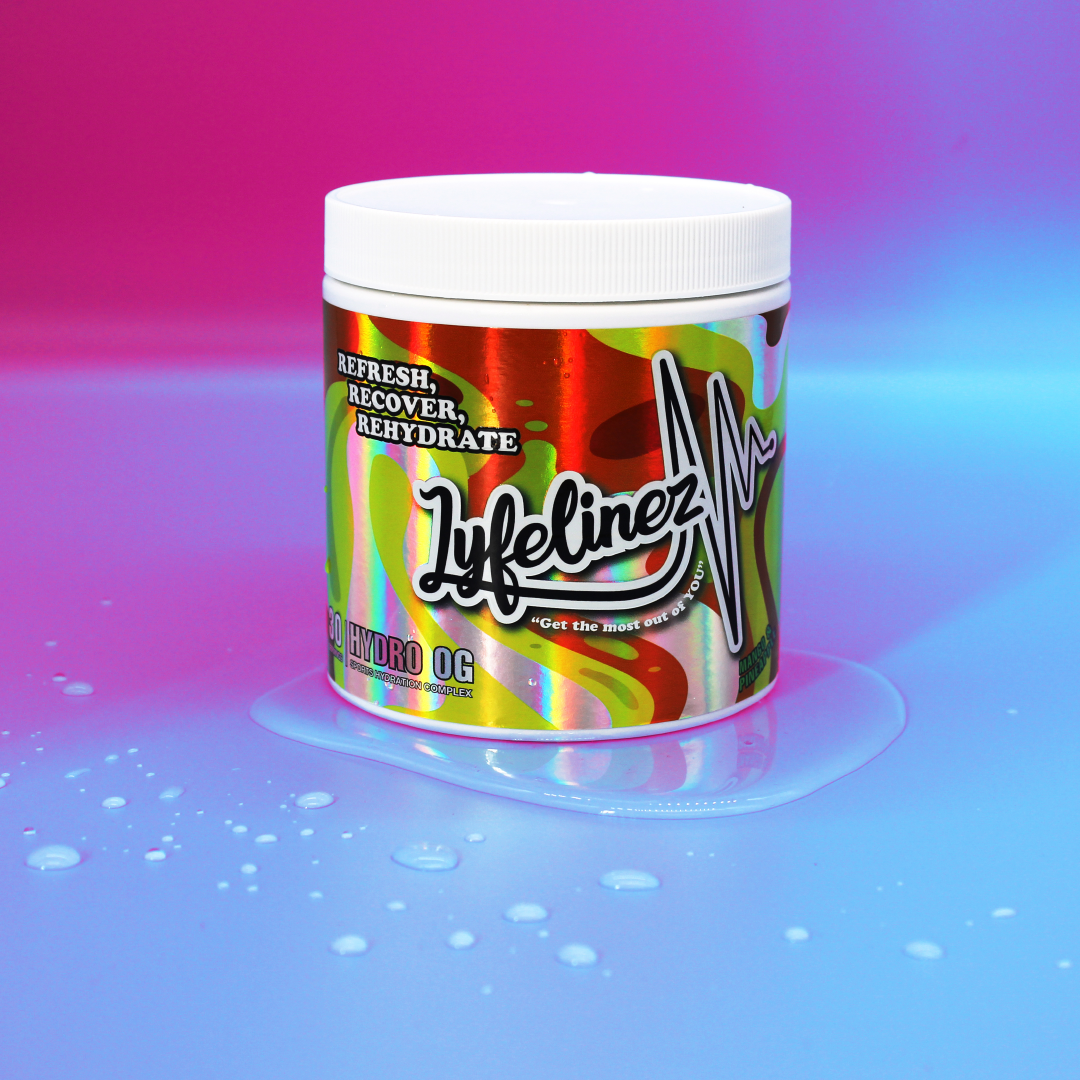 Lyfe Linez sports nutrition is born from a desire to bring the best quality supplements to an audience close to our hearts. Lyfe linez is the brainchild of Dave Hamlet and was inspired by being in and around all of the sports, hobbies, and activities he loves.

The Lyfe linez portfolio has been meticulously put together by one of the best formulators in the business, Marc Robinson and based on medically backed research and dosed accordingly. We have worked tirelessly in the lab and with our ambassadors out in the field to develop something truly special.

The Lyfe Linez brand holds its fans health at its core. We encourage everyone to follow their passions in life and in sport. Exercise is essential to our mental health and pivotal in living a healthy life so grab a lyfe line and let us get the most out of you!

Lyfe Linez will have their Hydration Station set up in the fitness zone all weekend. 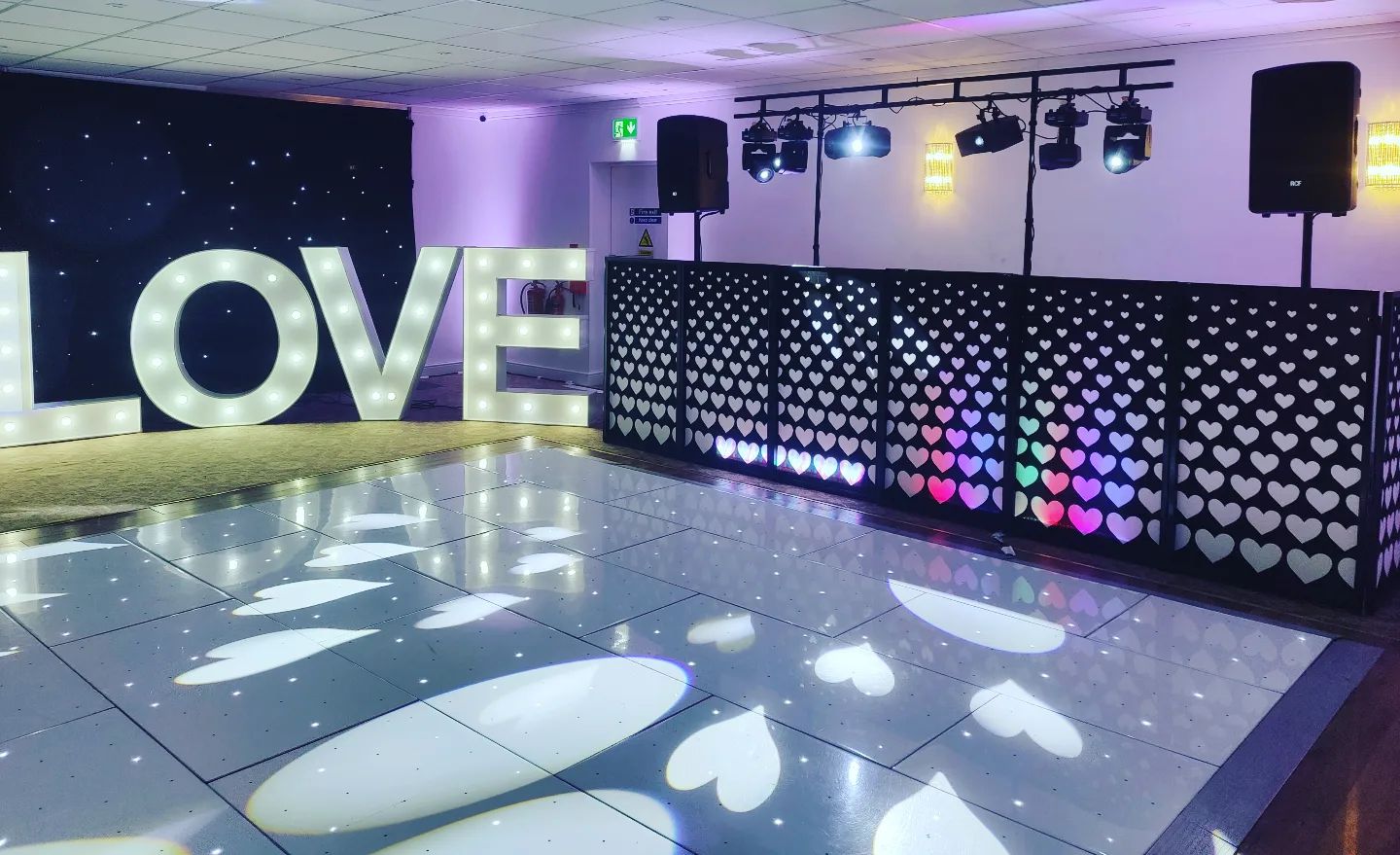 Zara will be with us all weekend at the Wellbeing Festival! 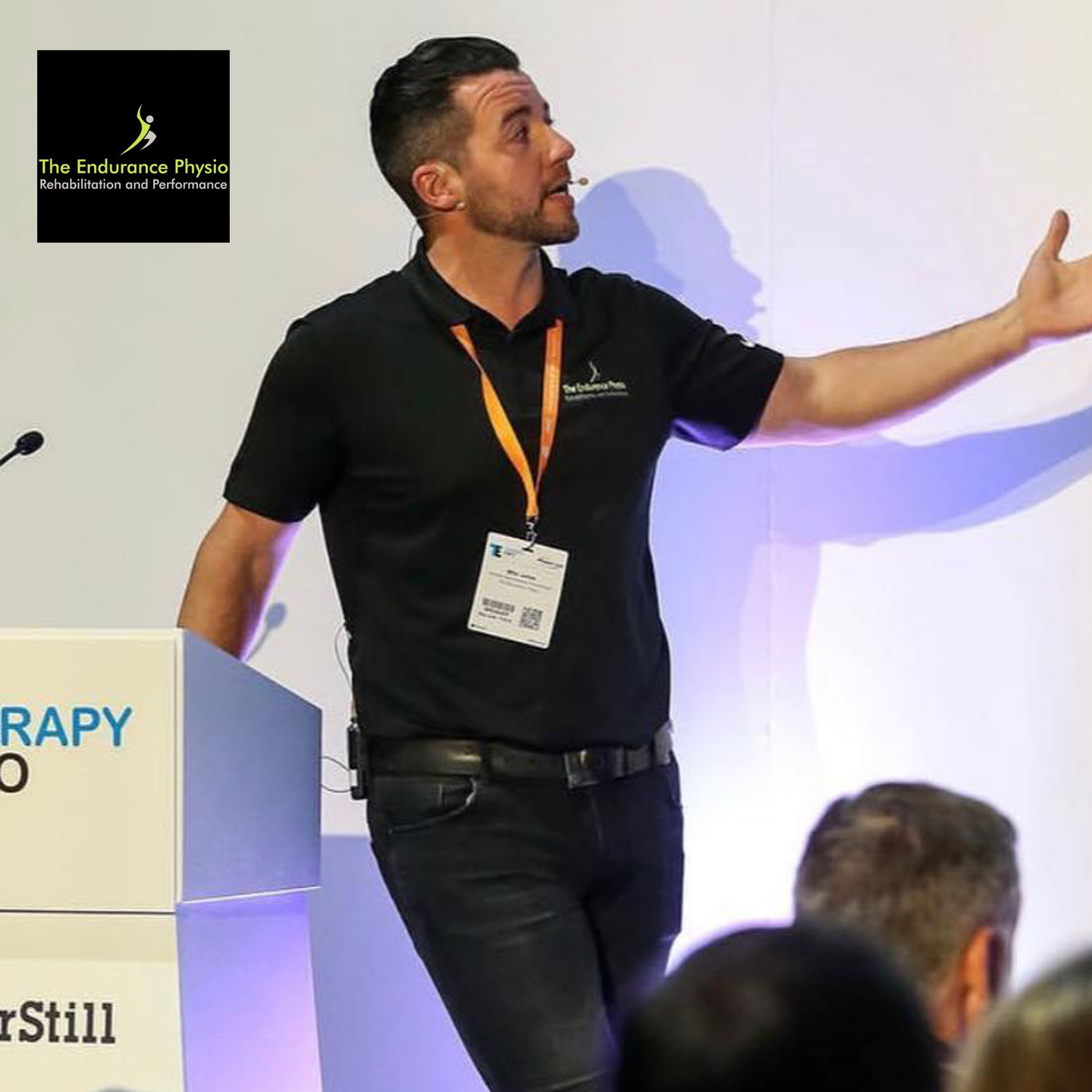 Born and raised in South Wales, Mike started a journey into endurance sports after completing his first marathon aged 17. Over the next 20 years, he travelled the world racing, training, coaching and treating athletes from novice to elite level preparing for a multitude of endurance endeavours.

The pinnacle of his career was a 5-year tour at the Defence Medical Rehabilitation Centre Headley Court where he led a team of therapists treating complex trauma injuries suffered in Afghanistan and Iraq. Mike also completed an operational tour where he worked closely with UK personnel including special forces to ensure optimum performance in theatre.

His personal endurance background has been complimented with many roles as therapist and conditioning coach preparing individual and team athletes for swim, run, cycle and triathlon events from grass roots to Olympic level.

Mike founded “The Endurance Physio” in order to use his personal and professional experience to benefit both athletes and therapists working with endurance athletes achieve their goals. His goal is to promote injury reduction, maximal performance and optimum rehabilitation via education and treatment. He has a growing reputation in the sports medicine, rehabilitation and conditioning world.

He has had articles published in national endurance-based magazines and has lectured, presented and treated at numerous national exhibitions, competitions and shows worldwide. 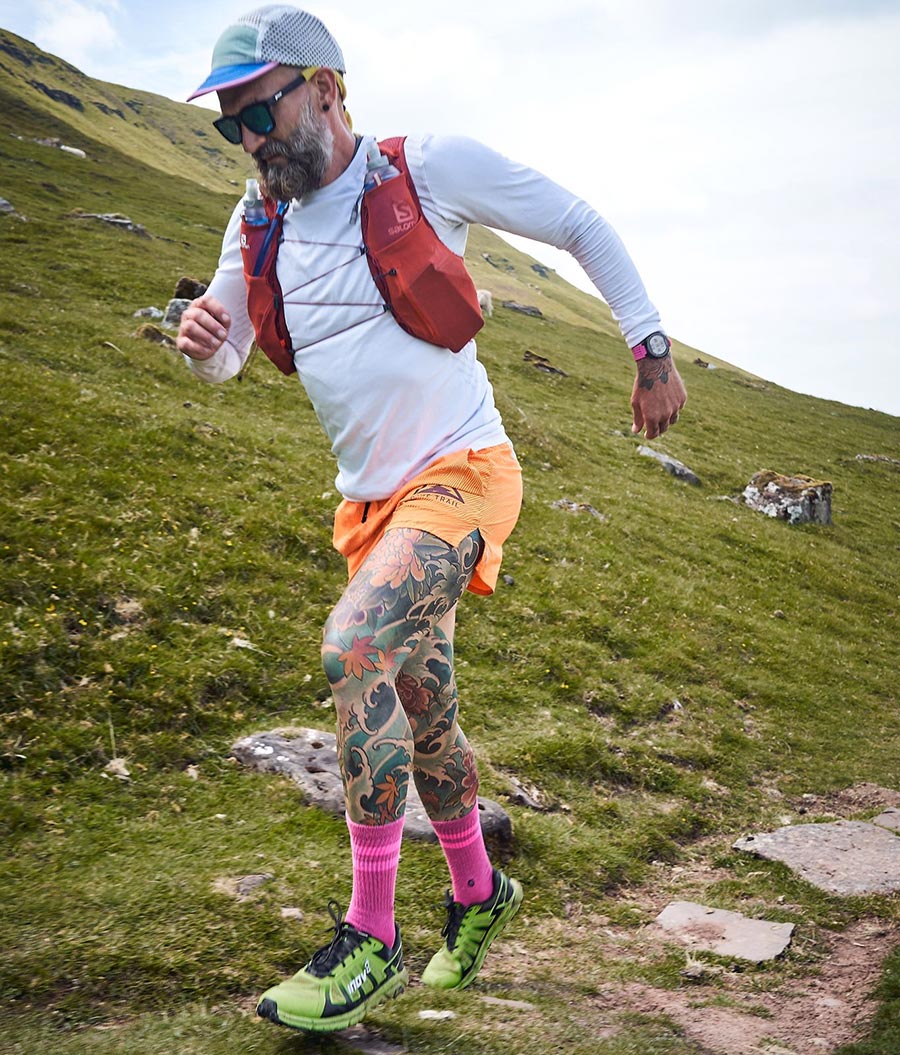 My name is Alan, I am an ultra runner, running coach, and race director of Running Monk Trail Events. My path to health, wellness and fitness has not been linear.

I have had issues with alcohol addiction, mental health, and used drugs for long periods of my adult life. I have had period s of training interspersed with drug and alcohol binges. I have real life experience of many different pathways!

From an early age I was always a decent runner, and enjoyed it, and this love affair with running and fitness is ultimately what helped me get and stay sober, at the age of 38. Since then I’ve been focusing on trying to help others make positive changes in their life, using running as a tool to do that. I’m also a huge advocate for open and honest conversations as to how we feel, and as my clients know, I am always available to talk to, and see a direct link between physical and mental wellbeing. 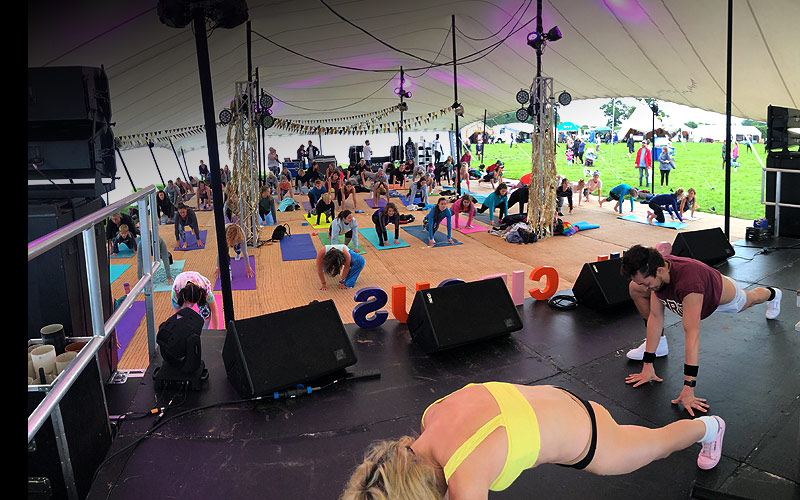 We are Synthetics will be holding x2 mass participation retro 80’s fitness classes on the fitness stage on the Sunday at the Wellbeing Festival! 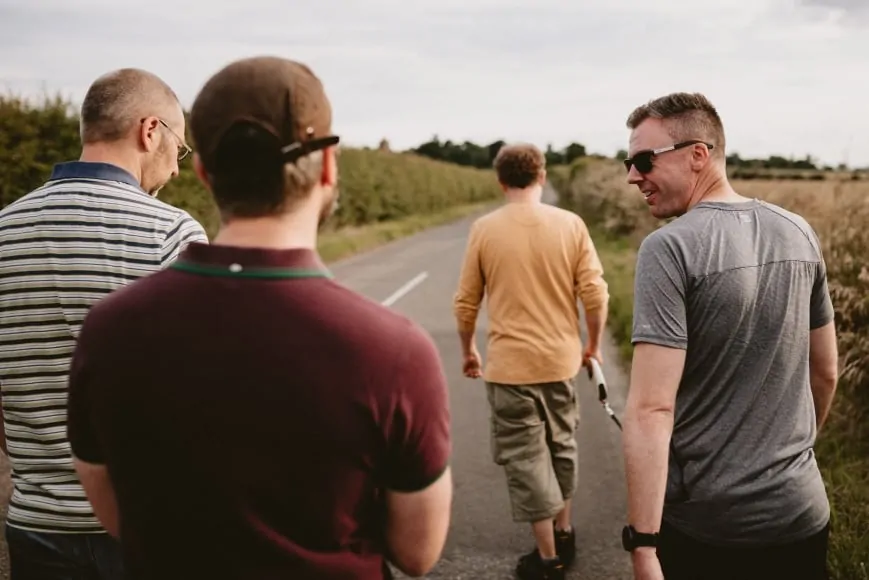 Men Walking and Talking is a non judgmental safe space for men to get together and end the stigma around men’s mental health, by supporting each other.

Dan will be part of a panel talk on Saturday and will also be offering some short walk and talks around the festival site all weekend!